Patents  •  Designs  •  Trade Marks
Botswana is a landlocked country in Southern Africa with up to 70% of its territory being the Kalahari Desert. Botswana is currently Africa’s oldest continuous democracy and adopted its new name after becoming independent within the Commonwealth on 30 September 1966. Botswana is bordered by South Africa to the south, Namibia to the west, and Zimbabwe to the northeast. Its border with Zambia to the north near Kazungula is poorly defined but is, at most, a few hundred metres long.

ARIPO
Botswana is a member of ARIPO which means that patents, designs or trade marks may be registered with the official intellectual property office of Botswana or with ARIPO. Read more… 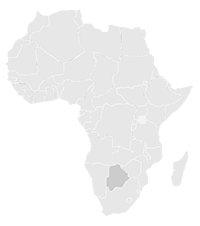 Duration and Renewal:
Every 10 years, from the 10th anniversary of filing date.

Duration and Renewal:
The patent has a duration of 20 years from date of filing or the PCT International filing date, with no possible extensions.

Duration and Renewal:
The total duration is 10 years from the date of filing the application, which is divided into 2 terms. The initial term is 1 year, which is extendable upon payment of renewal fees for a further 9-year term. The extension must be requested on filing or within the first year.

Copyright can not be registered in Botswana. Any work originating in Botswana, where the author is a national of Botswana is given the same copyright protection in each of the other Berne Convention member countries.

Angola Intellectual Property Agent: The Republic of Angola is the seventh-largest country in Africa, bordered by Namibia, the DRC and Zambia. The Economy of Angola is one of the fastest-growing in the world while recovering from 27 years of the civil war.

Botswana Intellectual Property Agent: Botswana is a landlocked country in Southern Africa with up to 70% of its territory being the Kalahari Desert. Botswana is currently Africa’s oldest continuous democracy and adopted its new name after becoming independent within the Commonwealth on 30 September 1966.

Egypt Intellectual Property Agent: The Arab Republic of Egypt, home of the colossal Pyramids and the Great Sphinx, is a Mediterranean country bordered by the Gaza Strip and Israel, Sudan and Libya. Egypt has one of the longest histories of any country, and one of the largest and most diversified economies in the Middle East.

Ethiopia Intellectual Property Agent: Ethiopia is the second-most populous country in Africa and used to be the 3rd poorest country in the world. The Ethiopian government is in the process of privatising many of the state-owned businesses and moving toward a market economy.

Namibia Intellectual Property Agent: Namibia is one of the most fascinating countries in the world but is still a developing country due to income inequality. Namibia has been an independent country since 1990 when it earned sovereignty from South Africa.

Nigeria Intellectual Property Agent: The Federal Republic of Nigeria is a country located in West Africa. Nigeria has one of the world’s highest economic growth rates but poverty still remains significant at 33.1%.

Rwanda Intellectual Property Agent: Rwanda, officially the Republic of Rwanda, is one of the smallest countries on the African continent and bordered by Uganda, Tanzania, Burundi and the DRC.

South Africa Intellectual Property Agent: South Africa is a country on the southernmost tip of the African continent. South Africa has the 2nd largest economy in Africa (after Nigeria) and is one of most industrialised countries on the continent.